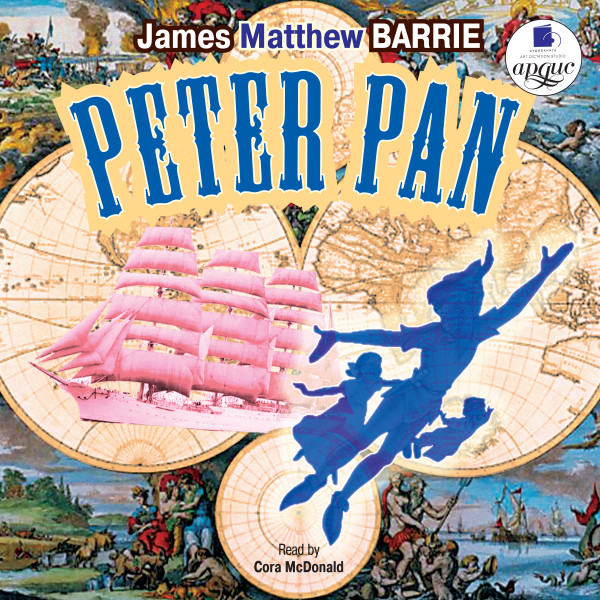 Beschreibung Trackliste
Beschreibung
Who doesn't know a boy who didn't want to become an adult? Of course, everyone knows Peter Pan!..... mehr
Menü schließen
Produktinformationen "Peter Pan"
Who doesn't know a boy who didn't want to become an adult? Of course, everyone knows Peter Pan!.. After all, there is a child in everyone's soul who does not want to grow up for anything. This was especially felt by James Barry, who wrote in his novelistic work about a lost boy who did not want his parents to find him and raise him. And when Barry started writing for children… Children's works more fully reflected the main features of his work: reality is often mixed with fiction, and humor and comic situations are fanned with bright sadness. "Peter Pan" is a story full of adventures and funny, and sometimes even dangerous, characters: sweet Wendy, her brothers John and Michael, the nanny dog Nana, the flighty fairy Ding-Dili-Don, as well as Lost Boys, the ferocious pirate Captain Hook-Hook, who instead of one hand has a terrible iron hook, red Indians, pirates and various animals. Peter and the fairy persuade Wendy and her brothers to escape to the land of Nowhere, where friends settle in an underground house, swim in the lagoon, experience many terrible adventures and return home after Peter's victory over the pirates. Unfortunately, all adventures, as well as childhood, come to an end sometime... Enjoy the fairy tale story read in the original, which glorified its author Sir James Matthew Barrie, 1st Baronet, OM (/ˈbæri/; 9 May 1860 – 19 June 1937) was a Scottish novelist and playwright, best remembered as the creator of Peter Pan. He was born and educated in Scotland and then moved to London, where he wrote a number of successful novels and plays. There he met the Llewelyn Davies boys, who inspired him to write about a baby boy who has magical adventures in Kensington Gardens (first included in Barrie's 1902 adult novel The Little White Bird), then to write Peter Pan, or The Boy Who Wouldn't Grow Up, a 1904 West End "fairy play" about an ageless boy and an ordinary girl named Wendy who have adventures in the fantasy setting of Neverland.
Trackliste
Kapitel Titel Spielzeit 1 Chapter 1 03:00 2 Chapter 2 04:00 3 Chapter 3... mehr
Zurück