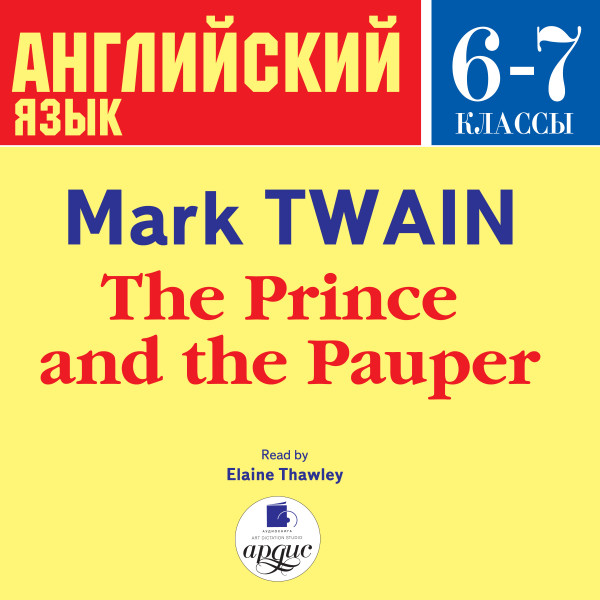 Beschreibung Trackliste
Beschreibung
Originally published in 1881, Mark Twain's The Prince and the Pauper is a timeless tale of... mehr
Menü schließen
Produktinformationen "The Prince and the Pauper"
Originally published in 1881, Mark Twain's The Prince and the Pauper is a timeless tale of switched identities. After the young Prince Edward VI of England and a peasant boy switch places, the "little king" tries to escape from a world in which he must beg for food, sleep with rodents, face ridicule, and avoid assassination. Meanwhile, the peasant, who is now the prince, dreads exposure and possible execution-while members of the Court believe he has gone mad. As a result of the swap, both boys learn that social class, like so much of life, is determined by chance and random circumstance. Originally published in 1881, The Prince and the Pauper is one of Mark Twain's earliest social satires. With his caustic wit and biting irony, Twain satirizes the power of the monarchy, unjust laws and barbaric punishments, superstitions, and religious intolerance. Although usually viewed as a child's story, The Prince and the Pauper offers adults critical insight into a people and time period not really all that different from our own. Samuel Langhorne Clemens (November 30, 1835 – April 21, 1910),[1] known by his pen name Mark Twain, was an American writer, humorist, entrepreneur, publisher, and lecturer. He was lauded as the "greatest humorist the United States has produced,"[2] and William Faulkner called him "the father of American literature".[3] His novels include The Adventures of Tom Sawyer (1876) and its sequel, Adventures of Huckleberry Finn (1884),[4] the latter of which has often been called the "Great American Novel". Twain was raised in Hannibal, Missouri, which later provided the setting for Tom Sawyer and Huckleberry Finn. He served an apprenticeship with a printer and then worked as a typesetter, contributing articles to the newspaper of his older brother Orion Clemens. He later became a riverboat pilot on the Mississippi River before heading west to join Orion in Nevada. He referred humorously to his lack of success at mining, turning to journalism for the Virginia City Territorial Enterprise.[5] His humorous story "The Celebrated Jumping Frog of Calaveras County" was published in 1865, based on a story that he heard at Angels Hotel in Angels Camp, California, where he had spent some time as a miner. The short story brought international attention and was even translated into French.[6] His wit and satire, in prose and in speech, earned praise from critics and peers, and he was a friend to presidents, artists, industrialists, and European royalty. Twain earned a great deal of money from his writings and lectures but invested in ventures that lost most of it—such as the Paige
Trackliste
Kapitel Titel Spielzeit 1 Chapter 1 01:00 2 Chapter 2 03:00 3 Chapter 3... mehr
Zurück