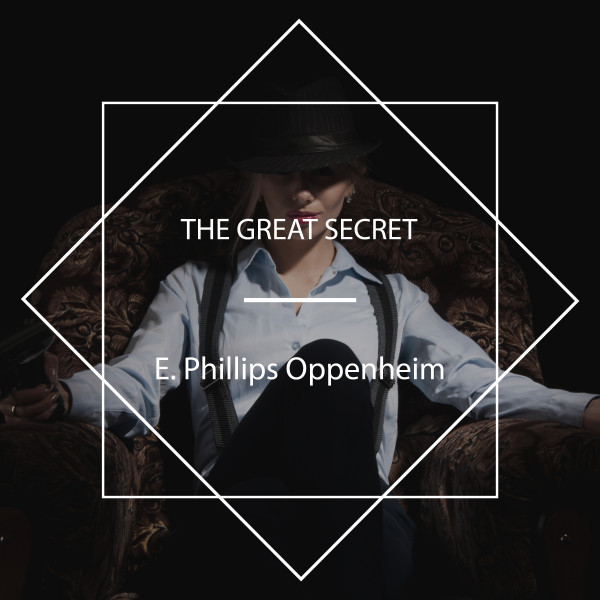 Beschreibung Trackliste
Beschreibung
E. Phillips Oppenheim was a British writer known for his thriller novels. He is credited with... mehr
Menü schließen
Produktinformationen "The Great Secret"
E. Phillips Oppenheim was a British writer known for his thriller novels. He is credited with writing over 100 novels including suspense, international intrigue, romance, parables, and comedies. His protagonists are known for their love of luxury, gourmet meals, and their enjoyment of criminal activities. The Great Secret a.k.a. The Secret was published in 1908. The plot involves an international conspiracy. The heroine is a beautiful American girl. An excerpt reads, "I left my door ajar whilst I sat upon the edge of the bed finishing a cigarette and treeing my boots, preparatory to depositing them outside. Suddenly my attention was arrested by a somewhat curious sound. I distinctly heard the swift, stealthy footsteps of a man running at full speed along the corridor. I leaned forward to listen. Then, without a moment's warning, they paused outside my door. It was hastily pushed open and as hastily closed. A man, half clothed and panting, was standing facing me-a strange, pitiable object. The boots slipped from my fingers. I stared at him in blank bewilderment." Edward Phillips Oppenheim was an English novelist, primarily known for his suspense fiction. He was born on 22 October 1866 in Leicester, the son of a leather merchant, and after attending Wyggeston Grammar School he worked in his father's business for almost 20 years, beginning there at a young age. He continued working in the business, even though he was a successful novelist, until he was 40 at which point he sold the business. He wrote his first book 'Expiation' in 1887 and in 1898 he published 'The Mysterious Mr Sabin', which he described as "The first of my long series of stories dealing with that shadowy and mysterious world of diplomacy." Thereafter he became a prolific writer and by 1900 he had had 14 novels published. While on a business trip to the United States in 1890 he met and married Elise Clara Hopkins of Boston and, on return to England, they lived in Evington, Leicestershire until the First World War,and had one daughter. His wife remained faithful to him throughout his life despite his frequent and highly publicised affairs, which often took place abroad and aboard his luxury yacht.
Trackliste
Kapitel Titel Spielzeit 1 Chapter 1 10:00 2 Chapter 2 10:00 3 Chapter 3... mehr
Zurück