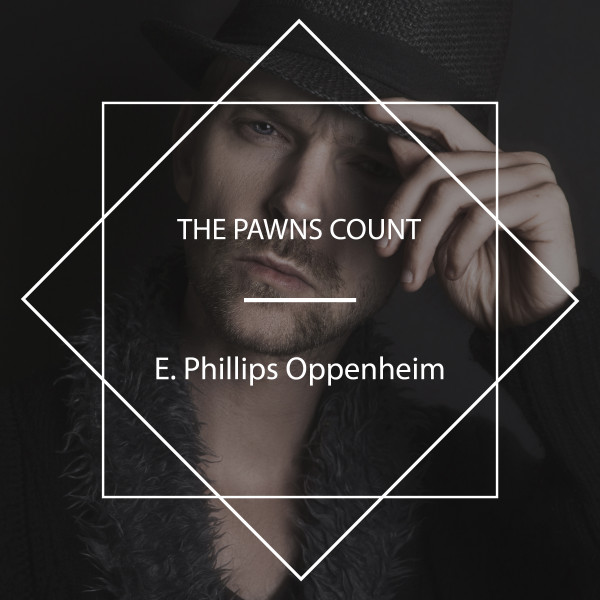 Beschreibung Trackliste
Beschreibung
"I am for England and England only," John Lutchester, the Englishman, asserted. "I am for Japan... mehr
Menü schließen
Produktinformationen "The Pawns Count"
"I am for England and England only," John Lutchester, the Englishman, asserted. "I am for Japan and Japan only," Nikasti, the Jap, insisted. "I am for Germany first and America afterwards," Oscar Fischer, the German-American pronounced. "I am for America first, America only, America always," Pamela Van Tale, the American girl, declared. They were all right except the German-American. It is during World War I. A chemist, Sandy Graham, has discovered a new powerful explosive, but he lets it slip in a London restaurant that he has made the discovery. Graham is ready to join some friends for luncheon at the restaurant but chooses to clean up before joining them. He never comes out of the restroom. Several spies from different governments set out to find him and the formula. What was particularly interesting to me about this espionage novel is that it was written in 1918, but it could just as easily have been from today. Edward Phillips Oppenheim was an English novelist, primarily known for his suspense fiction. He was born on 22 October 1866 in Leicester, the son of a leather merchant, and after attending Wyggeston Grammar School he worked in his father's business for almost 20 years, beginning there at a young age. He continued working in the business, even though he was a successful novelist, until he was 40 at which point he sold the business. He wrote his first book 'Expiation' in 1887 and in 1898 he published 'The Mysterious Mr Sabin', which he described as "The first of my long series of stories dealing with that shadowy and mysterious world of diplomacy." Thereafter he became a prolific writer and by 1900 he had had 14 novels published. While on a business trip to the United States in 1890 he met and married Elise Clara Hopkins of Boston and, on return to England, they lived in Evington, Leicestershire until the First World War,and had one daughter. His wife remained faithful to him throughout his life despite his frequent and highly publicised affairs, which often took place abroad and aboard his luxury yacht.
Trackliste
Kapitel Titel Spielzeit 1 Chapters 1 & 2 28:00 2 Chapters 3 & 4 26:00 3... mehr
Zurück