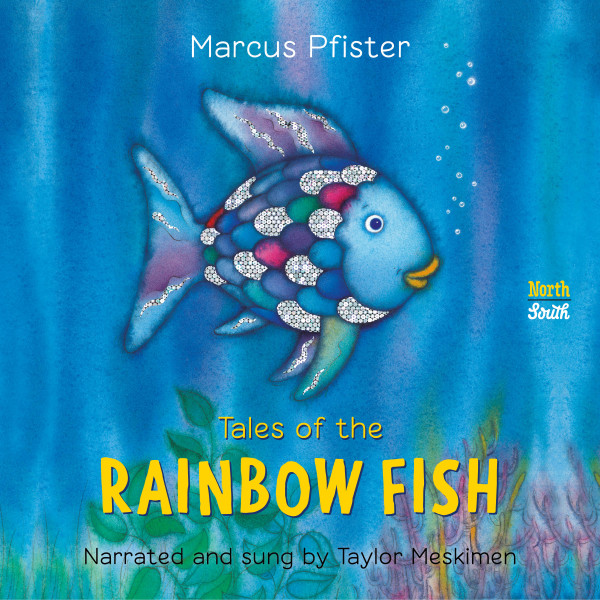 The Rainbow Fish, with his shimmering scales in all colors, is the most beautiful fish in the ocean. The other fish would love to have glittering scales too, but vain Rainbow Fish doesn't want to give away his wealth and beauty. This soon makes him very lonely. It is only when he shares with the other fish that he experiences happiness…

It is the universal message at the heart of this simple story about a beautiful fish who learns to make friends by sharing his most prized possessions that gives the book its lasting value.

In this audio book, ten stories featuring Rainbow Fish are read aloud and accompanied by music. They are spoken and sung by Taylor Meskimen, who grew up listening to The Rainbow Fish herself.