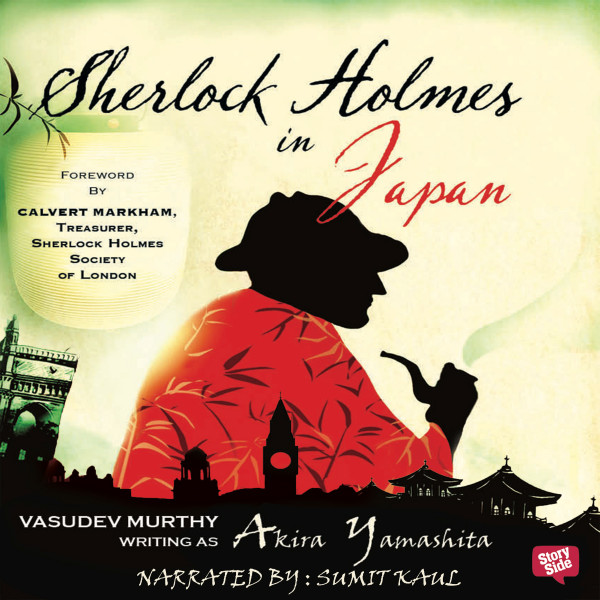 Beschreibung Trackliste
Beschreibung
1893: King Kamehameha III of Hawaii declares Sovereignty Restoration Day…Tension grows between... mehr
Menü schließen
Produktinformationen "Sherlock Holmes in Japan"
1893: King Kamehameha III of Hawaii declares Sovereignty Restoration Day…Tension grows between China and Japan over Korea .. The Bengal Famine worsens… Senior priest at Kinkaku-ji temple is found dead in mysterious circumstances Dr John H. Watson receives a strange letter from his supposedly dead friend, and sets out for Tokyo. On the ship, his quiet, distinguished cabin-mate is murdered as he sleeps just a door away. Meanwhile, in the opium dens of Shanghai and in the back alleys of Tokyo, sinister men hatch evil plots. And Professor Moriarty stalks the world, drawing up a map for worldwide dominion. Only one man can outwit the diabolical professor. Only one man can save the world. And that man has survived Reichenbach Falls. Sherlock Holmes in Japan follows in the tradition of the many Missing Years novels that attempt to fill in the gap in Holmes's life after Reichenbach and before he re-emerges in London three years later. This seriocomic novel radically ups the ante, though – with Sherlock Holmes and Dr John H. Watson finding their match in more than one man (or woman). A thrilling chase that will leave you breathless.
Trackliste
Kapitel Titel Spielzeit 1 Chapter 1 28:00 2 Chapter 2 37:00 3 Chapter 3... mehr
Zurück