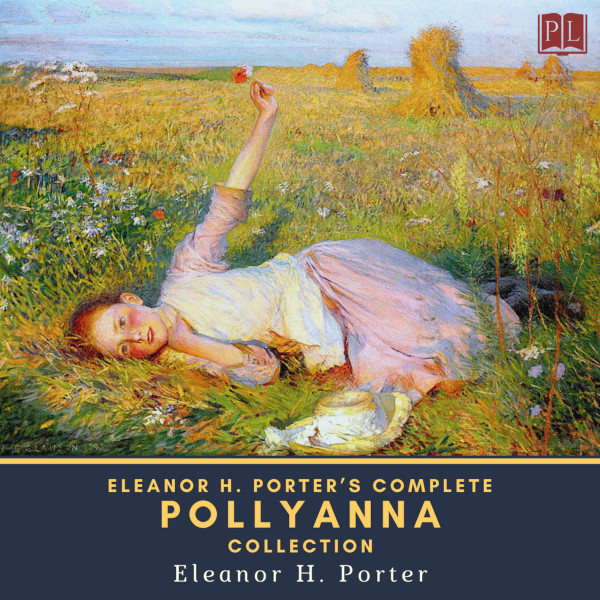 Beschreibung Trackliste
Beschreibung
Eleanor H. Porter's Complete Pollyanna Collection includes the first and second Glad Book by... mehr
Menü schließen
Produktinformationen "Eleanor H. Porter's Complete Pollyanna Collection - Pollyanna & Pollyanna Grows Up"
Eleanor H. Porter's Complete Pollyanna Collection includes the first and second Glad Book by Eleanor H. Porter.
Pollyanna is a 1913 novel by American author Eleanor H. Porter, considered a classic of children's literature. The book's success led to Porter's soon writing a sequel, Pollyanna Grows Up (1915). Eleven more Pollyanna sequels, known as Glad Books, were later published, most of them written by Elizabeth Borton or Harriet Lummis Smith. Further sequels followed, including Pollyanna Plays the Game by Colleen L. Reece, published in 1997. Due to the book's fame, Pollyanna has become a byword for someone who - like the title character - has an unfailingly optimistic outlook; a subconscious bias towards the positive is often described as the Pollyanna principle. Despite the current common use of the term to mean 'excessively cheerful', Pollyanna and her father played the glad game as a method of coping with the real difficulties and sorrows that, along with luck and joy, shape every life. Pollyanna has been adapted for film several times. Some of the best known are the 1920 version starring Mary Pickford, and Disney's 1960 version starring child actress Hayley Mills, who won a special Oscar for the role.
Pollyanna Grows Up is a 1915 children's novel by Eleanor H. Porter. It is the first of many sequels to Porter's best-selling Pollyanna (1913), but is the only one written by Porter herself; the numerous later additions to the Pollyanna franchise were the work of other authors.
Trackliste
Kapitel Titel 1 Pollyanna: Opening Credits 2 Pollyanna: Chapter 1 3 Pollyanna:... mehr
Zurück