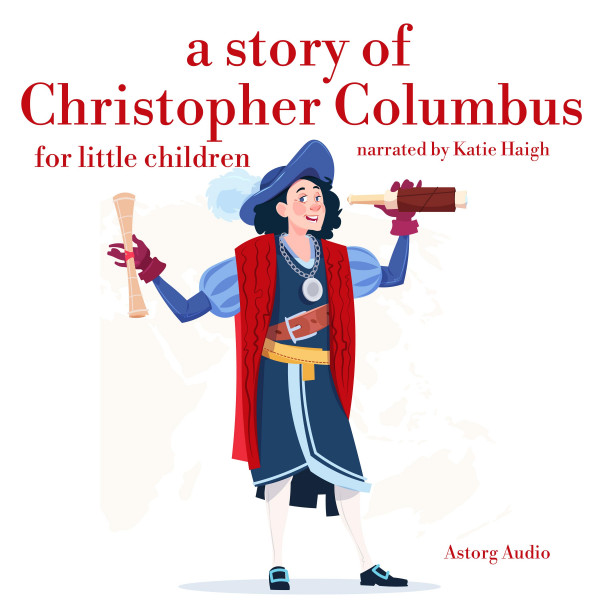 Beschreibung Trackliste
Beschreibung
Christopher Columbus (1451 – 1506) was an Italian explorer, navigator, and colonizer. Born in the... mehr
Menü schließen
Produktinformationen "A Story of Christopher Colombus for Little Children"
Christopher Columbus (1451 – 1506) was an Italian explorer, navigator, and colonizer. Born in the Republic of Genoa, under the auspices of the Catholic Monarchs of Spain he completed four voyages across the Atlantic Ocean. Those voyages and his efforts to establish settlements on the island of Hispaniola, initiated the permanent European colonization of the New World. At a time when European kingdoms were beginning to establish new trade routes and colonies, motivated by imperialism and economic competition, Columbus proposed to reach the East Indies (South and Southeast Asia) by sailing westward. This eventually received the support of the Spanish Crown, which saw a chance to enter the spice trade with Asia through this new route. During his first voyage in 1492, he reached the New World instead of arriving in Japan as he had intended, landing on an island in the Bahamas archipelago that he named San Salvador. Over the course of three more voyages, he visited the Greater and Lesser Antilles, as well as the Caribbean coast of Venezuela and Central America, claiming all of it for the Crown of Castile. This story of Christopher Columbus for little children is meant to be suggestive to the parent or teacher of the types of stories that can be told to children to inspire them to grow in goodness.
Trackliste
Kapitel Titel 1 Chapter 1 mehr
Zurück