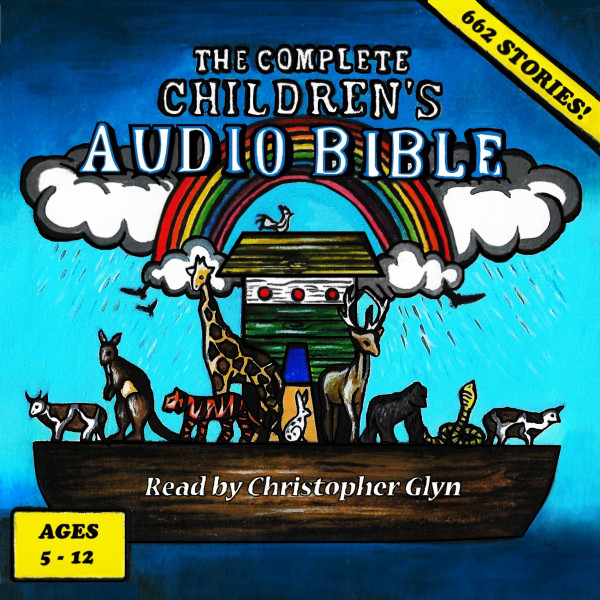 Beschreibung Trackliste
Beschreibung
Written by multiple award-winning author Anne de Graaf, The Children's Bible is among the world's... mehr
Menü schließen
Produktinformationen "The Complete Children's Audio Bible - For Ages 6- 12"
Written by multiple award-winning author Anne de Graaf, The Children's Bible is among the world's most popular Bibles for children. Selling some 6 million copies to date, the print edition has held countless young readers spellbound in more than 93 languages.
Now, with The Complete Children's Audio Bible, British narrator Christopher Glyn brings Anne de Graaf's winning ways with words vividly to life. With his crystal-clear, animated and engaging renditions of all those familiar stories – such as Peter walking on the water and Elijah and the chariot of fire to name but two – he makes Biblical characters instantly real and relevant to the youngest ears. Beautifully recorded, passionately and poignantly performed, this volume contains 19 hours of audio – a staggering 665 stories, many of which you won't find in other Bibles for children.
So your young ones can listen, learn and draw inspiration from the stories of Noah, Joseph, Deborah, Jonah, Mary, Jesus, Peter, Paul and many, many more any time they like – in the car, train or plane, anywhere in the home or outside and even as they go to sleep!
As in the print edition, the stories appear in chronological order so that parents and children can easily refer to the relevant Scripture verses. Anne de Graaf is an American-born Dutch academic, diversity advocate and is an award-winning author of over 80 books, with 5 million sold worldwide.